Fundamentals of the Salafee Methodology - An Islaamic Manual for Reform (2nd ed.)

This treatise is taken from a lecture delivered by the great muhaddith of our times explaining the most basic fundamentals of the noble Salafee call. The lecture itself propounds Salafiyyah in a way that can be understood by the layman. A beginner’s tool such as this is currently not available in print in the English language. In addition to being an introductory guide for the beginner, the book also serves as an intermediate manual in terms of the many explanatory notes and additional appendices included within it.

The book begins by giving an overview of the importance and role of at-tasfiyah wat-tarbiyah (purification and education), which sets the stage for the reader to comprehend of the validity of that which is to follow. The author begins by explaining what is ‘Salafiyyah’ in conventional usage, its well known position towards the bigoted following of madhaahib and the difference between merely affiliating oneself to the Book and the Sunnah; as opposed to actually acting upon that. The author goes onto discuss the obligation of taking the Salaf as an example, categories of the Sunnah and the reality of Salafiyyah. Then this is compared to the present condition of the Muslims along with giving an explanation as to why so much differing and splitting has occurred. Lastly, there occurs a detailed discussion about some of the most prevalent doubts upon Ahlus-Sunnah today, such as those from amongst the Mu’tazilah who deny the khabrul-aahaad (singular narration) and the Ashaa’irah and their likes who attribute tashbeeh (resembling Allaah to His creation) to Ahlus-Sunnah, whilst themselves performing ta‘weel (figurative interpretation) and ta’teel (denial) of the Attributes of Allaah. The later part of the book is devoted to a biography of Imaam Muhammad Naasirud-Deen al-Albaanee, his discussion with the head of al-Azhar concerning the issues of taqleed and the madhaahib and an exposition of standard Ash’aree doubts upon Ahlus-Sunnah and their creed. In a time of severe confusion and corruption, this treatise is sure to be a beacon of enlightenment and a pure spring from which all those desiring true guidance can drink. 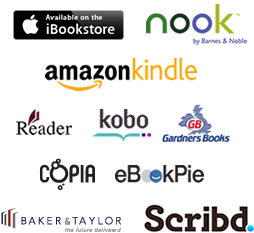 Amazon Kindle: search on Kindle device or on Kindle apps for iOS, Android or Windows OS, also on Amazon: http://www.amazon.com/Fundamentals-Salafee-Methodology-Islamic-ebook/dp/B00CLU8QAS/ref=sr_1_1?s=digital-text&ie=UTF8&qid=1369345431&sr=1-1&keywords=salafee+methodology